If you’re like most people in California, you probably have some misconceptions about hearing loss. One of the biggest is the belief that hearing loss only affects older adults. Your audiologist in Simi Valley wants you to know that, despite popular belief, people of all ages may be hard of hearing – even children. While there are similarities between pediatric and adult hearing loss, there are differences, as well. Particularly when it comes to treatment. 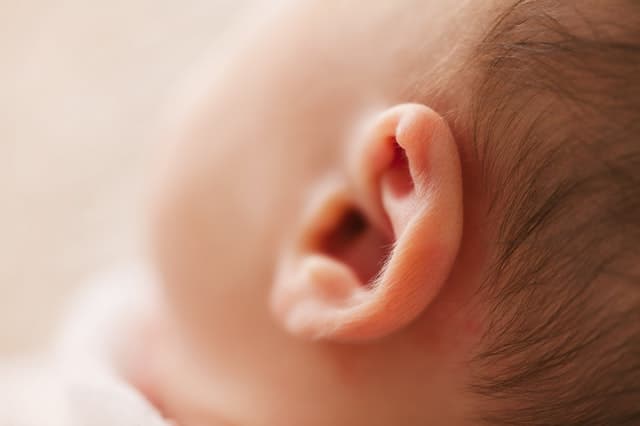 That common stereotype of a hearing-impaired individual that resembles Grandpa Simpson on the hit FOX television show simply isn’t true. In reality, only about one-third of those with hearing loss are 65 or older. Two or three out of every 1,000 babies in Simi Valley are born with hearing loss, and it’s more common in adolescents than you might think thanks to the popularity of personal music players, wireless headphones, and kids who like to crank up the volume to levels that can cause permanent damage to their ears. Noise exposure, in fact, is now the leading cause of hearing loss in California and across the U.S. Other factors that contribute to hearing loss in children include ear infections, illnesses, physical trauma, and side effects of certain medications.
Hearing loss significantly affects everybody’s quality of life, but in children, it can be especially debilitating. It can cause delays in speech and language, resulting in a number of social and emotional problems, as well as poor academic performance. The earlier hearing loss is detected in kids, the better the odds that they’ll mature at a similar rate as their peers. It’s important to be aware of any possible signs of hearing loss in children, which include:

Adults diagnosed with hearing loss usually have pretty straightforward treatment options. Most will benefit from hearing aids, or cochlear implants for those whose impairment is severe to profound.
For children with hearing loss, there are likely to be more alternatives, depending on the cause and severity. Hearing loss caused by otitis media – the medical term for an ear infection caused by fluid buildup in the inner ear, the scourge of many a parent – is often temporary and should recede once the infection clears up. Your child’s doctor will often take a wait-and-see approach rather than opting for aggressive treatment. Over-the-counter or prescription medications such as antihistamines, decongestants, and antibiotics may be given.
If your child’s ear infections are chronic, their doctor may recommend surgical placement of ear tubes to promote drainage and ventilation. This procedure, known as tympanostomy, is simple and temporary; tubes remain implanted for anywhere from six months to two years, and either fall out on their own or are removed surgically.
Enlarged tonsils or adenoids are often responsible for ear infections, as well. While not as common as in the past, a tonsillectomy or adenoidectomy – surgery to remove this tissue – may be an option for those with frequent ear infections that result in hearing loss.
Other options, for cases in which the child’s hearing loss is permanent, are similar to those available for adults and include hearing aids, cochlear implants, and other assistive listening devices to aid in communication.