Hearing loss is common, especially among the older population. According to the National Institute on Deafness and Other Communication Disorders, one in three older adults ages 65 to 74 has hearing loss, and for those over age 75, the number jumps to one in two.

This is particularly concerning given the strong link between hearing loss and dementia. Fortunately, research shows seeking treatment for hearing loss can help prevent or delay cognitive decline.

What the Studies Show 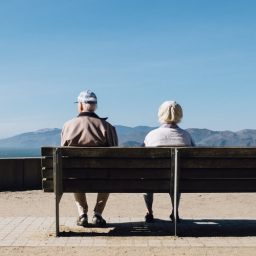 In a joint study with the National Institute on Aging, researchers at Johns Hopkins University found that seniors with hearing loss are significantly more likely to develop dementia compared to their peers with normal hearing.

The researchers examined data from the Baltimore Longitudinal Study on Aging, tracking information from 639 people whose hearing and cognition was tested between 1990 and 1994. Every one to two years until 2008, they were retested.

Another study both confirmed this risk and uncovered the rate at which cognitive decline develops in those most at risk.

In this study, researchers tested the hearing and cognition of nearly 2,000 volunteers ages 75 to 84 over six years. They found that those with hearing loss experienced 30-40% faster cognitive decline, resulting in significant impairment 3.2 years sooner.

“Our results show that hearing loss should not be considered an inconsequential part of aging, because it may come with some serious long-term consequences to healthy brain functioning,” explained Frank Lin, M.D., Ph.D., lead study author.

How Treatment Can Help

If you have hearing loss, there is hope. Another study found that treating hearing loss with cochlear implants can improve thinking and memory.

For this study, 94 people ages 65 to 84 with profound deafness in at least one ear participated. After receiving a cochlear implant and twice-weekly auditory rehabilitation for one year, more than 80% of participants with the lowest cognitive scores showed significant improvement.

To preserve your precious memories, like picnics with your family at Thousand Oaks Community Park, call Decibel Hearing today!